When Alzheimer's is Funny: A brief walk on the Bright Side of Dementia

Alzheimer's disease is a deadly serious topic, and deservedly so. But sometimes laughter is the best medicine. So I'm going to share some amusing stories about Edward Theodoru, who was my beloved, demented Romanian soul mate. He also found these three incidents funny and we both had a good laugh!

"What if You Had a Fire in Your Kitchen?"

When Ed was still living alone in his own apartment, he answered the knock on his door one day and found a pretty young lady in her mid-20s standing there. He smiled and gestured for her to enter.

"Hello there!" he said in his Romanian accent. "Oh, I'm r-r-really excited to see you again. How have you been?"

Only thing was, Ed had never seen her before. That alone pretty much fulfilled the purpose of her visit. Kristi, Director of Admissions at Cincinnati's Alois Alzheimer Center, was there to evaluate him for placement.

We all sat down and she explained the reason she was there. He didn't seem to understand, but he was in an excellent mood and readily agreed to talk with her. Kristi consulted her papers, turned directly toward Ed, and began asking the usual questions.

"Can you tell me who's the President?"

"Boosh," he blurted out, grinning and obviously pleased with himself for knowing the answer.

"Great! Can you tell me what date it is today?"

He thought for a few seconds, then his head began to slowly shift downward as he simultaneously turned his left wrist inward a little.

Well, I'd be darned! His mind isn't totally gone. He's alert enough to remember his little Timex has the date on it. That gave me some comfort. He smiled broadly, stated the correct date and we all three laughed about his cleverness.

"America!" he shouted with glee, displaying his great pride at having become an American citizen.

After several more questions she said she had one final one.

"What would you do if you had a fire in your kitchen?"

He thought for a minute, then started laughing out loud. He stretched out his arm, pointed to me, and proudly announced, "I'd call her!"

Kristi and I immediately joined him, laughing so hard we had tears in our eyes.

After finishing each meal at the Alois Center, Ed would always carefully wipe his spoon clean with a napkin, wrap the spoon in another napkin, put it in the breast pocket of his sport coat and take it back to his room.

Pretty soon his room had spoons all over the place, so the staff had to go get them and return them to the kitchen. Sure enough, the next day he would start a new collection.

Then the staff tried to break him of this habit by giving him plastic spoons, which they hoped would interest him less. It worked for a while, but he soon started stealing the plastic spoons as well.

I often sat with him when he was eating and had observed this behavior many times. One day I stopped him mid-cleaning ritual and said, "Don't take those spoons, Ed. They don't belong to you. They belong to the facility."

"Oh, no!" he said, loudly enough for everyone to hear. "I take them every day with no remorse!"

He was aware he'd said something funny, and we both burst into laughter.

Spoons weren't the only thing Ed pilfered from the facility. They had sofas in the lobby that had little designer pillows on them. For some reason Ed was drawn to those little pillows (or 'pee-lows' as he pronounced it) and developed the habit of taking them back to his room, too.

One day I was sitting with him in the dining room when one of the kitchen staff members, Anne, came over to say hello to us.

Then I said to him, "You really enjoy stealing your spoons, don't you?"

"Yes, he certainly does," said Anne.

Just then Ed got a sly grin on his face.

"It isn't just the spoons I steal," he said proudly in his thick Romanian accent. "I also r-r-really love to take those 'lee-tle pee-lows'!"

He began laughing and so did Anne and I. And -- you guessed it -- he kept right on stealing the spoons AND the 'pee-lows'!

While dementia is serious and tragic, this fact needn't overwhelm the spirits of patients and caregivers. Laughing together can create a sense of enjoyment of life -- even when dementia makes life hard.

I invite all of you to share your own precious amusing stories -- especially those your loved one also found funny. For more humorous stories about Ed, as well as numerous serious stories, read Come Back Early Today: A Memoir of Love, Alzheimer's and Joy or visit my website.

NOTE: A slightly different version of this post was previously published on the Alzheimer's Reading Room. 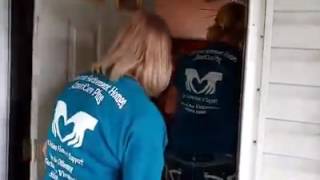 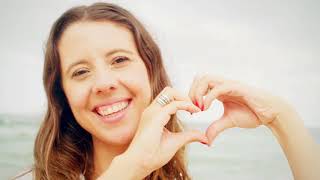 Santa is Coming to Town! 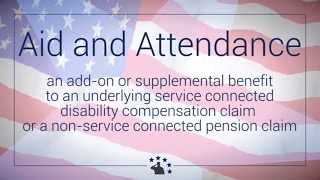 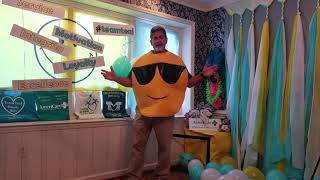 Open the door this Holiday Season for quality in home care with AmeriCare Plus!🦌🎅🎄

Sending a Little Piece of Home Overseas for the Holidays 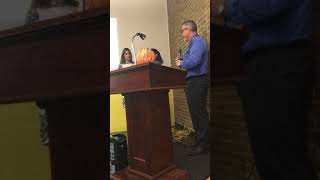 AmeriCare Plus Honored as 2017 Champion of Disability by DARS 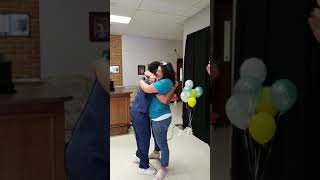 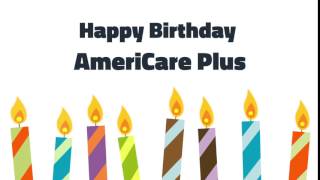